The project “eColideramos” was born as a “seed for action” to conserve the environment in cities. We raise, train and educate young people, who are pursuing formal education in schools, young people who have not completed their compulsory education and young people who fall between the above have a sensory impairment, to respond with energy and a very active, their concerns as citizens concerned and involved with environmental initiatives in the form of actual and targeted, creating public and education institutions and associations committed to the environment.

The creators and protagonists of this initiative are the youth, who because of their youth, motivation, commitment and energy, represent a tremendous value for any action by environmental protection by securing the transmission of this training and initiatives in their local communities, in their areas (in their homes in other communities to which they may belong) and time when they have to make decisions in their work, in school …
This project aims to involve young people on a voluntary basis and involved in various actions, drivers and managers are the same, become ecoleaders given an opportunity to acquire skills and competencies outside of education and formal learning systems.
The various actions to be carried out are characterized by a carefully planned program of personal and social education and where applicable methods of intercultural learning. Encourages the concept of lifelong learning and the development of skills and competencies which promote active youth.
This project is a joint commitment to the environment and also to society, which facilitates the direct action on environmental issues, but above all is a powerful strategy for environmental education non-formal education methods, which can produce adequate development a dual effect: first, allowing the change of attitudes and behaviours of the participants themselves and, secondly, to influence his action on the rest of society, not only for the achievement of objectives in the context of protecting environment, but also creating what is known as “snow ball effect”, ie, involving more and more people through training and awareness, able to involve others in their environment, with a common goal: the protection the environment.
The ultimate goal is the implementation of a Eco-leaders Youth Network, which engage volunteers in the city in their centres and natural areas for them.
The working methods provided include:
”    The first phase of preparation, dissemination and visibility of the project in each of the cities, it will be presented to young people, youth centres, and the local community as a whole. All this through conferences, presentations at meetings with young people active, and interventions in written and audiovisual media.
”    We will design a website Informajoven Centre of Murcia, who liaise with the partners of the project and make a blog for the young participants can write their experiences and proposals, Blog Environmental Information “eColideramos”, where all eCo-leaders have access and be actively involved, with documents and information on various topics of environmental education in general and the activities being carried out under the project.
”    A Seminar for the exchange of best practices between organizations and youth
”    An exchange of young people representing schools, unemployed youth and youth associations with sensory disabilities, which analyse the issue of youth involvement in the fight against climate change in cities, especially the environmental voluntary and
”    A meeting of youth leaders training for the environment: eCo-leaders
”    Also be encouraged that young participants implement three projects of youth initiatives on environmental issues and youth participation.
All this is complemented by the implementation by the Municipality of Murcia SVE an expression of interest “eColideramos” where they will host two European volunteers who will support the activities of this project.
We hope to get as tangible outcomes:
”    Implementation of a network of young people committed to the environment in their cities and who voluntarily promote dissemination, awareness, information and participation in environmental protection and the fight against climate change.
”    A set of best practices in youth non-formal education involving moments of personal and social development in them, especially those that are more difficult to integrate.
”    A proliferation of projects and initiatives in environmental, social and youth-driven participation in their cities.
”    Involved in this project along with the city of Murcia, seven European organizations. Be directly involved 80 youth and 40 animators and leaders. Indirectly youth associations and educational institutions and their leaders and trainers. Also the population of the cities, especially politicians, environmental technicians, associations and citizens in general.
General Planning:
June – September 2010.-     Information Champaign and visibility of the project in Educational Centres
Blog and Web creation
Young People propousals
6-10 October 2010.-    Seminar of exchange of best practices among organisations and young people in Murcia (Spain)
16-19 December 2010.-     Training Course youth leaders in environment: eCo-leaders in Murcia (Spain)
23 April – 02 May 2011    Youth Exchange in Murcia (Spain)
During  May  2011    Methodology Manual
Final Evaluation
Spread the love 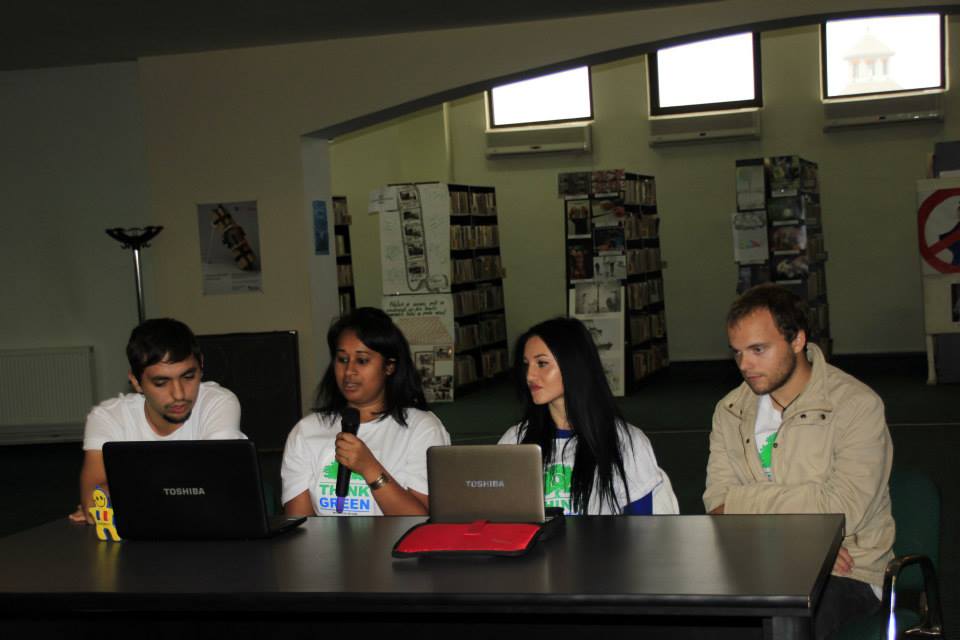